Welcome to the dark corner of my web. I hope you enjoy haunted creatures and tormented spirits as much as I do.

Check out my completed novels:

You can find my books at these locations:

Shadow Puppeteer Series : Dystopia, Young Adult
The all-encompassing World Congress isn’t from earth, and they aren’t the only ones pursuing her. As an untrained Shadow Puppeteer, the last of her kind, she needs to stay ahead of her pursuers and find the root of her trouble, which has something to do with the parents she never knew.

Mercer Long Horn, alpha of the Texas werewolves, wasn’t expecting the ominous call at midnight from the one person he loathes the most, his father. Hota, Mission Leader of the North American Werewolves, has something important to tell him, but before he can, he disappears in a fire that kills hundreds. Only problem, there’s no body and Mercer is now being accused of murder. There are hints of magic at play and only one person can prove he’s innocent. That’s if the assassin doesn’t kill him first.

In a small, old world, farm town, Aleida gives in to her secret lesbian romances for her friend, Jacquelyn. When the romance is denied to her for lack of being a man, she is forced to find another means of winning Jacquelyn’s heart. With the help of a fairy, Aleida disguises herself as a man and lives a double life of indulgent romance in town and brave expeditions in the magical forest. Aleida discovers a world beyond what she knew and now she questions to what extent she will go for a life with the woman she loves. Novella 24,500 words 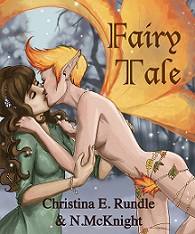 Vicki is institutionalized at the St. Mary’s Sanatorium for Troubled Women after attempting to vote in an era when women have few rights. The sanitarium walls hold a dark history, but none as dark as the unmarked graveyard behind the building. She gleans a hint of the grisly truth as she watches a ghostly woman dance in the rain.

Cats have long been extinct in the Sevolite Empire, so the new arrivals would be high status possessions. But as prospective authors discussed possibilities, variations from other times began to arise. There have always been cats on the empire side of the universe after all, just tightly controlled by the Lorels who would sell only non-breeding specimens. The resulting anthology is a romp through history by authors Hal Friesen, Jennifer Lott, Christina Rundle and Elizabeth Woods, connected by the presence in the story of a cat.